Positive Money is a movement of 25,000 people taking action to build a money and banking system that works for people and planet – not profit. And while 2020’s been tough, together we’ve had real impact this year. Here are just a few highlights worth raising a glass to… 🥂

We made the Bank of England come clean Back in March, the Bank launched its bailout scheme for corporations impacted by Covid-19 – but they kept the names of companies receiving billions in public money a secret. Within a week, 5,000 of you leapt on board our petition demanding they come clean, and very soon the Bank u-turned and made the names of companies public – that’s people power in action!

More than 12,000 of us then called on the Bank to push these corporations to do more to protect workers’ jobs and the environment, so that every penny of public money goes to building a fairer and greener economy for everyone. As our Executive Director, Fran, made clear when she was invited to give evidence to a Parliamentary committee alongside Caroline Lucas.

The climate crisis topped the list of Positive Money supporters’ biggest concerns for 2020. So when a new Bank of England governor arrived to steer the ship, we worked to put that at the top of Andrew Bailey’s agenda. More than 100 economists and civil society leaders signed an open letter that we helped coordinate with the New Economics Foundation, demanding action fast. In response he publicly declared greening the Bank’s corporate bonds would be “a priority”.  The Bank of England took another step forward when it agreed to take climate risk into consideration in its quantitative easing programme, something we’d called for the year before. 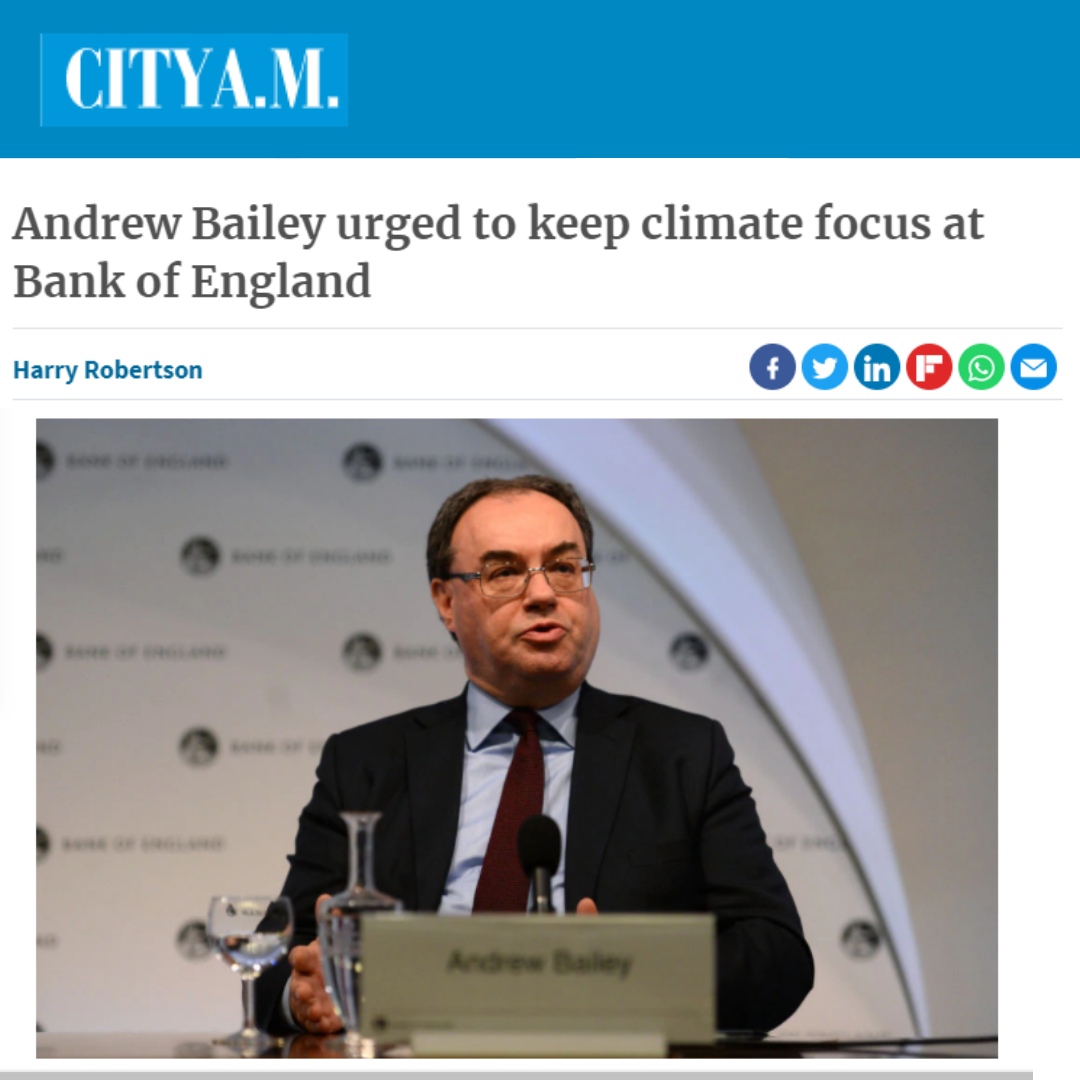 So to crank up the pressure another notch, this summer we teamed up with SumofUs and 350org, to run a petition demanding the Bank of England stop funding fossil fuels and regulate the banks that do. Almost 10,000 of you have already signed – and together with partners we’ve hit almost 50,000 names. After the success of getting the Bank to commit to greening its quantitative easing programme, and with COP26 (the big international climate conference) coming to Glasgow next year, we’re gearing up for more campaigning.

Our first webinar series was a huge success

As Covid-19 hit pause on in-person meetings, we experimented with a new series of online events. Over 3,000 of you tuned in to see experts across academia and activism discuss racism, inequality, debt and how we can build back better with the magic money tree. If you fancy a rewatch, you can find recordings of all three webinars here.

When we decided to create a new five-year strategy, it was important that as many of us as possible fed in our ideas and Positive Money supporters didn’t disappoint – more than 1,500 filled out our survey last month. The staff team’s taken the feedback on board and we can’t wait to share Positive Money’s revamped strategy in the new year. A strategy built by thousands of us is a strong one.

In the last few months, we made two reactive videos to set Chancellor Rishi Sunak and the BBC’s Laura Kuenssberg straight on how government spending actually works. And thanks to you, they reached hundreds of thousands of people online! It might not seem like much, but every ‘Like’, ‘Share’ and ‘Retweet’ from you is helping bust outdated myths about money and austerity one click at a time.

We grew our international community

With the support of Positive Money UK, Positive Money Europe has gone from strength to strength in the last 12 months. The team in Brussels has blossomed to five members and they’ve made big progress pushing Christine Legarde and the European Central Bank to build green and fairer policies. Find out more about them here.

We’ve always believed that to change our financial system we need change at the international level too. So that’s why we support monetary reform groups around the world, and why in 2021 we’re planning to set up a new office in the US.

2020 has been a strange year but thanks to you gfd, and thousands of wonderful supporters around the world, we’ve made it another fruitful year of action pushing for an economy that works for everyone. Thank you for bringing such hope and power to our cause.

Sending love and solidarity for all that you do, and warm wishes for the new year ahead, Hannah, Rachel, Anna, Simon, Fran, Paul, Shupikai, Zack, David and Danisha – the whole Positive Money team!

Our Christmas party looking a little different this year!