#RethinkBanks Campaign: Rethinking the Role of Banks in Economics Education

We live in a monetized economy but when it comes to learning about the role of money and banks, most universities are still teaching their students the equivalent of flat earth theories. Myths like the ‘loanable funds’ and ‘money multiplier’ models continue to dominate but are unable to explain many of the real-world phenomena we see happening around us; such as the great financial crisis of 2008. Mainstream economics professors were unable to see the crash coming or provide adequate policy proposals for how to deal with its aftermath and this intellectual failing left a terrible legacy. In the UK alone; a UN expert described austerity as “entrenching high levels of poverty”, and wages are only now beginning to return to pre-crash levels.

Since jobs in powerful financial institutions like central banks, are largely filled by economics graduates, the syllabus’ and ideas they learn will go on to have huge consequences in the real world. Before 2010 even the Bank of England omitted the role of banks from its group of key economic agents. By incorrectly viewing banks as mere intermediaries between savers and firms, central banks failed to identify the build-up of debt in the financial sector.

More than ten years on, neoclassical economics still dominates university departments meaning our courses are still missing things; like the role banks play in increasing house prices or causing climate breakdown. Thankfully that’s about to change with the campaign: “Rethinking the Role of Banks in Economics Education” a new project from the Rethinking Economics network.

It started in Maastricht in the Netherlands when the PINE (Pluralism in Economics) student society I am part of, penned an open letter to their university. They’d grown tired of statement like “banks lend out deposits” or “banks are intermediaries between savers and investors” not only because they were wrong, but because believing them can, as shown above, lead to dangerous consequences.

If you see money and banks as neutral actors and leave them out of economic models – it’s no surprise that you won’t foresee financial crises! If you see money as a scarce and finite resource like a natural commodity, so that in order to invest someone else has to defer their consumption – of course you won’t see financial bubbles!

Since the crash, it’s become clearer to more economists and institutions like the German Bundesbank and the Bank of England how money works in our economy: it’s loans that create deposits not the other way around. Sadly that is literally the complete opposite of what we’re currently taught and we’ll only be able to properly regulate banks once their function and power is well understood.

As the great financial crisis revealed, banks are currently more of a liability for the public than an asset. And since banks have the power to control which sectors of the economy get money and which don’t, understanding how they work is becoming even more vital in the face of climate breakdown and the socio-ecological transition we’ll need to make to avoid it’s worst consequences.

Economics students need to be properly equipped to solve the issues at hand. This campaign is an attempt to demand exactly that: we’re calling on universities to make the curriculum of all relevant courses fact-based and to reflect the most up to date evidence on how our modern economies work. Otherwise our future wellbeing, and the wellbeing of our very planet could be at stake.

This week marked the publication of Rethinking Economics’ Open Letter with over 60 signatories from academics and civil society organisations around the world.  If you’d like to get involved with the project too, please shoot us a message at campaigns@rethinkeconomics.org and to start understanding how the money and banking system really works, head over to this video course. 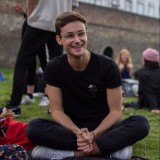 Having authored the initial open letter and being part of the steering group, Maurice is a central figure in the ”Rethinking the Role of Banks in Economics Education” campaign by Rethinking Economics. He holds a master’s degree in Economics from the University of Maastricht and is member of Pluralism in Economics Maastricht and Samuel Pufendorf Society for Political Economy. His research mostly falls within the field of Modern Monetary Theory. Ultimately, his work is aimed at unveiling the power of the monetary system to serve the public purpose leading to a more just and sustainable economy in the future.