The last three months were incredibly busy and exciting months for Positive Money! Not only did we launch the Future of Cash report, we’ve also been working on and hosting events that focus on making discussions about the economy (including Positive Money’s proposals) more accessible and appealing to a wider audience. This is something our supporters have let us know that they’re passionate about this year, so we’ve been exploring it, with their help.

Our supporters have been particularly keen for us to broaden our audience and have brought accessibility of our events proposals up as an area to improve on. We took this feedback seriously, and as a a result we are putting in place steps to make sure:

MONEY at the Hackney Showroom

Alongside the New Economics Foundation and The Hackney Showroom, Positive Money delivered a series of free masterclasses for adults living in Hackney throughout February and March. The MONEY series covered a range of subjects around economy, debt and finance in an accessible, informal series of workshops, talks, and discussions.

The series had the aim of demystifying the money and banking system, helping people to feel confident in their knowledge of the economy, as well as empowering them to fight for a fairer, more democratic and sustainable society.

The first session “Facts about the Economy Which Will Blow Your Mind” set the scene for the upcoming sessions by highlighting the importance of the QE for People campaign, and explaining how the money and banking system is based on debt.

This was discussed further in a session focused on how money creation could be done differently. At this session, the economist Steve Keen discussed how mainstream economists ignore how banks create money, before visually demonstrating some alternative models of money creation.

Two of the MONEY sessions focused on the ways in which parts of people’s identity might affect the way they experience the economy. “Cuts and Colour: How Racist is the Economy?” looked at how the UK economy is experienced differently by people of different races, and how this affects people from Black and Minority Ethnic backgrounds’ educational outcomes and social mobility. In “Feminist Economics: Beyond the Pay Gap”, the speakers highlighted how sexist the economy is by exploring the link between the economy and domestic violence, how fiscal policies such as austerity play into gendered relations, and how the economy could be changed to be address gender imbalances.

What made the MONEY series so accessible and interesting to a wide audience was how the sessions focused on how the money and banking system affects people’s everyday lives – making sure that the fight for a fairer, more democratic, and sustainable money system doesn’t seem like something alien and remote from people’s lived experience. For example, the third session, entitled “The Real Reason You Can’t Afford Your Rent”, looked into the effects of insecure housing and employment on intimate relationships.

The MONEY series was very well received. One attendee said: ‘The aim of the MONEY series is fantastic. I completely agree that economic issues should be demystified. The panellists and chair used accessible language rather than economic jargon, and the atmosphere was relaxed and informal which I think is very important – I didn’t feel intimidated or like I wasn’t intelligent enough to be there. I don’t have a background in economics so I was quite apprehensive about how much I would be able to engage with the event. I ended up being pleasantly surprised that I was able to learn and contribute to the discussion from my own personal experiences. We had the opportunity to learn from each other which I thought was especially helpful in challenging the idea that only certain people (‘experts’) are permitted to talk about economic issues.’

Another attendee added: ‘I came to this event with a background in anti-racist and feminist organising. A big part of the campaigning work I do involves messaging and making arguments for a just political system. After attending this workshop I have a clearer understanding of how economic issues touch every aspect of our lives: housing, debt, jobs, education, health… I now feel more confident about integrating arguments for a fairer economic system which works for us all into campaign messaging.’

Given the positive feedback for this series, we are considering repeating it!

Collaborating with organisations with accessibility at their core

We’re excited to announce that this Summer, Positive Money will be collaborating with a range of other organisations that have the aim of making economics more accessible and using this to empower people to actively take part in conversations and movements to change the economy. The first is a ten-week economics crash course which is being piloted by Economy. A member of our team will be co-facilitating for a number of weeks during the Summer, and we will work with them to use some of the great content that the team at Positive Money have created, such as our Banking 101 video series.

The second is “Act Local, Be Social” – a training programme for youth workers, young campaigners, and third sector organisations working with young people. This course is being led by Creative Opportunities, and is set to take place in London and will include over thirty youth workers and young campaigners from across Europe. Positive Money will be collaborating on this project on both content and facilitation.

So we’ve had a packed start to 2018, but there are plenty more events to come! And as always, our local groups have been busy organising regular monthly meetings – which often cater to people who have not got involved in campaigning around the economy before.

On 15th May, we will launch a new paper, ‘A Green Bank of England’, which will set out why and how the Bank of England should be hardwired for sustainability. Our paper considers the Bank of England’s record on climate change, concluding that the Bank needs reform so that both monetary policy and financial regulation address this unprecedented challenge to our economy. To register, fill out your details here.

Please keep in touch if you’re keen on attending our events or want to make suggestions. We love hearing from supporters, and are open to suggestions and feedback. To hear more about Positive Money, and receive invitations to events in your area, please sign up to our newsletter here. 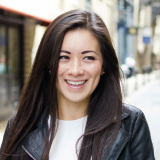