There are many different proposals for changing how money works. In order to decide which of these proposals we should support, we need to be able to think about money in a critical and creative way.

This can be difficult because of the way money is commonly understood. The exact definition varies, but it usually looks something like this:

“Money is a unit of account, a medium of exchange, and a store of value. We use it to pay for goods and services, or to repay debts.”

This rather dry description of money is reasonable enough, but it limits our thinking by painting a picture of money as simple, neutral and unchanging. This is not true. The structure of the money system does change, and how it changes has very important consequences for everybody. Instead, we should think about money as something powerful and active:

“Money is a complex system of rules that changes over time. These rules are used to structure our societies and co-ordinate our actions.”

Thinking about money in this way allows us to ask some new questions. How are these rules created? How are they enforced? Are they morally right, or at least morally acceptable? If not, how can we improve them?

(This perception of money is quite different from the one presented by mainstream economic theory, but is strongly backed up by the historical and anthropological evidence.)

There are many different proposals for how we could improve the rules of our money system. These proposed systems range from ones that are centralised (created and enforced by a specific group of people) to ones that are decentralised (created and enforced by many individuals). Another difference between these proposals is whether they are reforms (changing the money system we have already) or alternatives (creating a new system alongside the current one).

Bitcoin is a currency derived from a very large network of anonymous agents, all undertaking a collaborative cryptographic process on their computers known as mining. These agents are rewarded in Bitcoin for solving difficult mathematical problems that allow the whole network to function as a currency. Simply put, the miners are the ones who make Bitcoin work.

There is a very strong incentive for Bitcoin miners to join mining pools – large groups of miners all working together. Solo mining results in very large payouts with very large intervals (for example, a few whole bitcoins once every 2-4 years), which is a very delayed return on the investment of the special hardware required to mine bitcoins. However, mining as a part of a pool results in a very small and frequent payout (for example, a tiny fraction of a Bitcoin once every hour), which is far more convenient. Although Bitcoin is considered a decentralised currency, these mining pools are actually a form of centralisation – the pool operator is in control of all that distributed computing power. There are just a few large mining pools that together control over 51% of the total computing power in the network.

This is significant because whether bitcoin transactions have taken place or not is determined by the dominant consensus of the network as whole. If a single agent controlled over 51% of the network’s computing power, they would be able to decide which transactions are valid, effectively taking control of the currency. The actual concentration of control over mining hardware is unknown.

This means that the long term value of Bitcoin is inversely related to the risk of a large scale network attack by any entity that can leverage enough computing power to dominate the Bitcoin network. If such an attack was successful, it is expected that the value of Bitcoin would collapse. Scenarios for this kind of attack might include:

These limitations make Bitcoin generally unable to solve core problems with the money and banking system. Its reliance on access to computing power as the means of determining transaction validity leaves it open to manipulation by elite groups with access to lots of resources and expertise, and it does not contain any process for holding such powerful groups accountable for their actions. Of course, we should not entirely dismiss Bitcoin (or other promising blockchain applications), but we must be realistic about their ability to address problems caused by the existing money system.

(Further technical information about the malicious mining strategies and network attacks that are possible within the Bitcoin network can be found here.)

Positive Money’s proposal is specifically designed to address these core power problems with institutional and legal reforms that change how money is created, how newly created money is used, and which groups of people make these decisions. Removing all conflicts of interest and making these decision-makers democratically accountable gives them a strong incentive to make well thought out decisions for the common good.

These problems of good incentives and accountability are crucial considerations for advocates of any proposal for a reformed or alternative money system. Those who are unaware of these core problems, or are reluctant to acknowledge them, or lack a good understanding of the key issues, will struggle to create significant positive change in the world. We must come together to understand how money works, and discuss how to make it better. If we can overcome this challenge, we will open up many new paths for positive change that seemed impossible before. 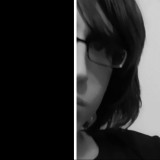