Did you know that every UK citizen could have received £6834 if the money created by the Bank of England under QE programme had gone to people, instead of financial markets? Or if just £10bn were created and spent on the construction of affordable housing, it could boost GDP by up to £28bn?

However, instead of directing new investment into infrastructure, businesses and jobs – the bulk of QE money still floods the financial sector or flows into property. It enriches the owners of these assets and has very little impact on productivity or output.

That’s why Positive Money local groups in ten places around the country put in heroic efforts to brave the cold and run street stalls this weekend to get the message across: We need QE for people, not financial markets! Lucy, David and John got creative in Bournemouth, showing how the new money created by QE is currently adding fuel to the ‘FIRE’ (financial economy), instead of the Real economy: Adrian, Ian and Joe put on a Positive Money show in front of Manchester Central Library: Cathy and Lucian handed out hundreds of leaflets about the campaign in Stroud: 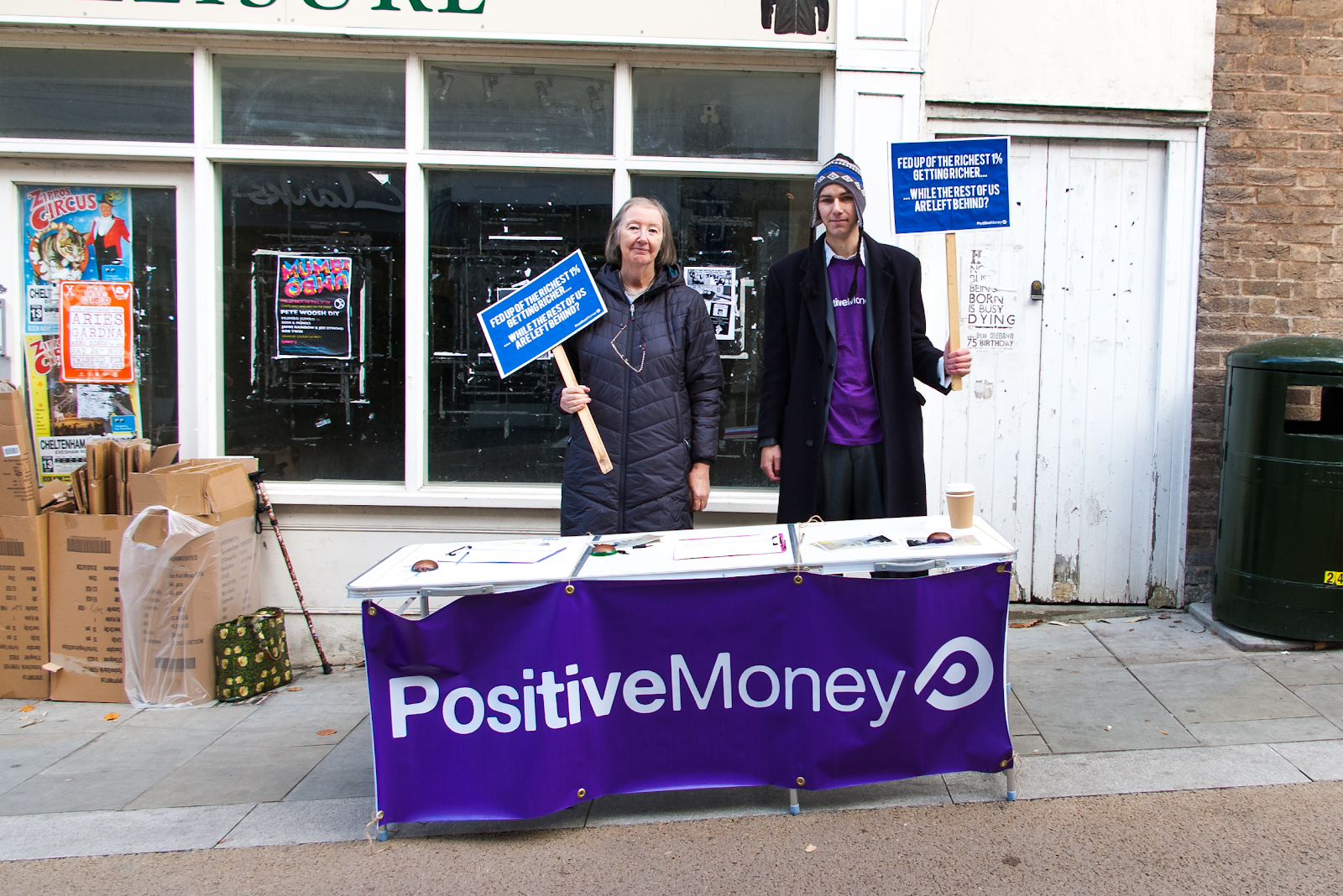 Positive Money colours were out in force in Liverpool: 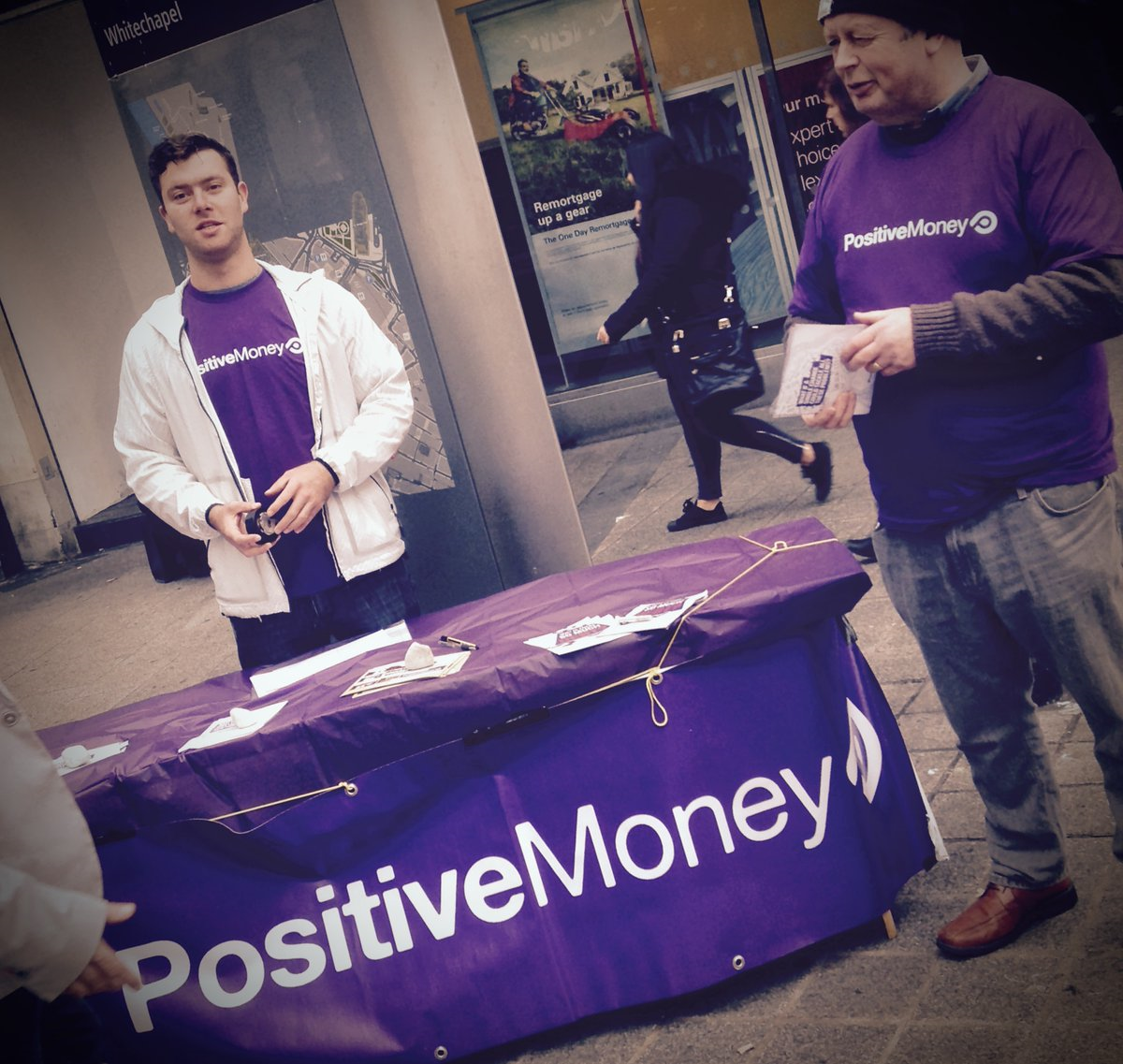 The Hereford Bull gave Charles and co. a helping hand to gather a whopping 80 signatures on the Positive Money “Create money for people, not financial markets” petition. 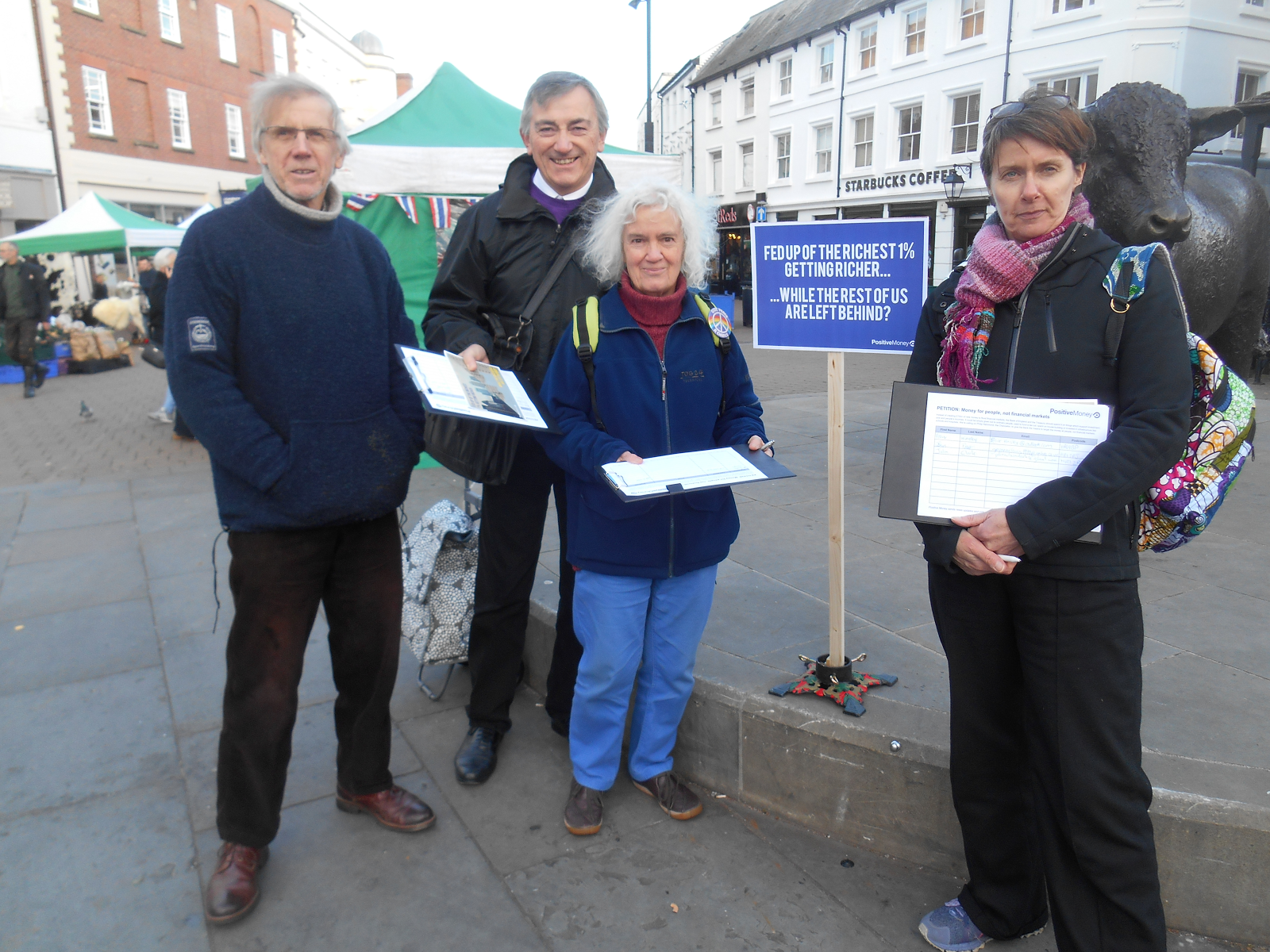 The Newcastle local group joined a trumpet player at the Monument in central Newcastle: The Hackney crew had a white board where they invited passers-by to write up their ideas for how to spend £1.8bn (the amount Hackney would receive if £70bn was divided per local population). This interactive technique prompted a lot of conversation! 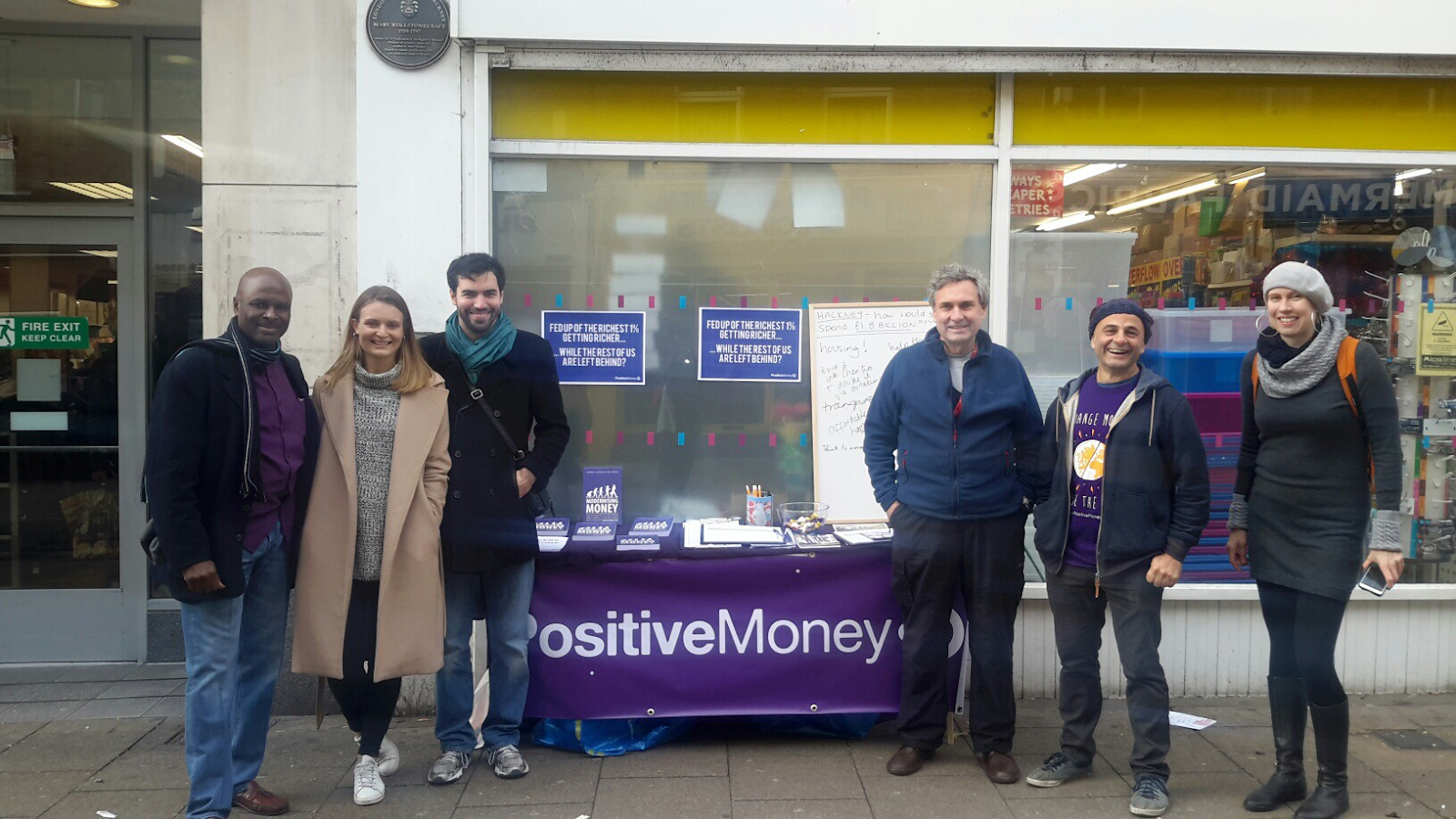 …and here’s the heroes who braved the cold and had lots of rich conversations in Edinburgh: Andrew, Murray, John, Mandy, Scott, Richard, Mark, Ann and Nick! Reports and photos are still coming in from Greenwich and Waterloo, so watch this space!

And Positive Money supporters gathered at the Bank of England in London too – you can read more here and see the photos.

If you haven’t yet, please sign the petition calling for the Chancellor to give the Bank of England the means to target the money at people, not financial markets.

Thank you so much to everyone who helped make our actions together possible last week – whether you chipped in for materials, helped run a stall, put on a Mark Carney mask or just sent warm wishes from home – together we pushed our important message a little further.