A number of my recent posts seem to have wound up some of the more sensitive ‘mainstream’ economists, who don’t like the suggestion that the likes of Minsky deserve their own ‘school’. Some philosophers of science have similarly taken offence: even eclectic economists apparently are not eclectic enough. As a heterodox philosopher of science myself, I find all these disputes a bit too, well … conventional.

Jacques Derrida was taken very seriously by many of his disciples, ridiculed by those convinced he was a charlatan, but I always assumed he had a sense of humour. Who knows.

One thing (the only thing?) I learnt from Derrida was to always check footnotes. He argues that every theorist knows the weakness of his own argument – and often reveals it in the footnotes. So, pay attention to footnotes – but also remember, there’s a flaw in every theory.

If Derrida was alive and an economist, he would surely have written a heterodox paper on methodology: “MMT – revolution, cult, religion, or science?”

I’m a fan of MMT. As I have argued before, it is right about a lot. It is also a remarkably accessible and complete approach which has real world relevance. In many ways it is better than mainstream economics.

That said, I feel the need for balance. So at the risk of winding up what sometimes feels like 25% of the econo-blogosphere, here goes: accounting is convention, not truth.

If you wonder why I even raise this issue either do a search for “money is a liability” on twitter, or read this from L. Randall Wray (where he explains why he will not do a radio interview on the subject of ‘debt-free money’):

“Sovereign government can no more borrow its own IOU than you can borrow your own IOUs … Money is always and everywhere else an IOU. As my prof, Hyman Minsky, always said, discipline the analysis with balance sheets. Show me the balance sheets in which government creates and spends money that is not its liability […]

… all money … is debt. It is on the liability side of issuer and asset side of holder. You cannot change that through confusing semantics.”

Typically in accounting, the difficult stuff to measure is either on the income statement – i.e. what are the ‘profits’ generated by writing insurance policies – or on the asset side of the balance sheet – i.e. valuing intangible assets, in particular things like ‘goodwill’. But occasionally ‘liabilities’ are also misleading. A classic example of this is the accounting treatment of the float of insurance businesses. ‘Float’ designates the amount of money on hand that an insurance company has collected as premiums but not yet (perhaps never) paid out in claims. It is always treated under accounting rules as a liability. Now anyone who thinks that accounting treatment equals truth, needs to read Warren Buffett. Here’s what he says when discussing Berkshire Hathaway’s float in his 2014 shareholder letter:

“So how does our float affect intrinsic value? When Berkshire’s book value is calculated, the full amount of our float is deducted as a liability, just as if we had to pay it out tomorrow and could not replenish it. But to think of float as strictly a liability is incorrect; it should instead be viewed as a revolving fund. Daily, we pay old claims and related expenses – a huge $22.7 billion to more than six million claimants in 2014 – and that reduces float. Just as surely, we each day write new business and thereby generate new claims that add to float.

If our revolving float is both costless and long-enduring, which I believe it will be, the true value of this liability is dramatically less than the accounting liability. Owing $1 that in effect will never leave the premises – because new business is almost certain to deliver a substitute – is worlds different from owing $1 that will go out the door tomorrow and not be replaced. The two types of liabilities are treated as equals, however, under GAAP.

A partial offset to this overstated liability is a $15.5 billion “goodwill” asset that we incurred in buying our insurance companies and that increases book value. In very large part, this goodwill represents the price we paid for the float-generating capabilities of our insurance operations. The cost of the goodwill, however, has no bearing on its true value. For example, if an insurance company sustains large and prolonged underwriting losses, any goodwill asset carried on the books should be deemed valueless, whatever its original cost.

Fortunately, that does not describe Berkshire. Charlie and I believe the true economic value of our insurance goodwill – what we would happily pay for float of similar quality were we to purchase an insurance operation possessing it – to be far in excess of its historic carrying value. Under present accounting rules (with which we agree) this excess value will never be entered on our books. But I can assure you that it’s real. That’s one reason – a huge reason – why we believe Berkshire’s intrinsic business value substantially exceeds its book value.”

Buffett has made very clear that Berkshire’s float is inaccurately treated as a liability in balance sheet accounting. The ability to generate float would be better thought of as an asset. Forty plus years of trading has proven him right, and more importantly, to buy this ‘liability’ off him would require a huge positive sum of money – that makes a nonsense of the accounting treatment. Think of it like this: if someone offered to take your mortgage off your hands, would you charge them?

If Warren Buffett can argue that float is not a liability, even though accounting convention treats it as such, so what about base money? How would Warren Buffett think about valuing a central bank’s printing press. A central bank can buy assets at will: let’s say it buys equities, like the Bank of Japan has been doing – those are assets, because equities generate cashflow and pay dividends. What is the accounting treatment of this process, and what should it be? Accounting convention, in this case an accident of history (and a mechanical transfer of commercial bank accounting), treats the bank deposits at the central bank as ‘liabilities’ of the central bank. Now let’s apply some simple ‘Buffett tests’.

First, does the CB owe anything? No. In theory a commercial bank can ask to convert reserves into cash – the CB can choose to do this or not, but the whole point of having deposits at the central bank is to settle payments between banks. The CB determines the quantity of reserves, it does not depend on ‘investor appetite’. What about the introduction of an ‘interest rate’ on reserves (IOR)? I put ‘interest rate’ in italics, because it is not really an interest rate. An interest rate is typically the price of a debt instrument set in a market – it is the rate at which a borrower and lender are willing to transact. The IOR is fundamentally different – it is a transfer or ‘tax’ (if negative) which one party (the CB) determines. That’s nothing like an interest rate. If you’re not clear about this, go to your mortgage lender and say that you are setting your mortgage interest rate at minus 0.75% and you’ll be expecting a check in the post. That’s what CBs can do (are doing) with reserves. These are not the characteristics of liabilities!

Now it is true that cash and reserves are not ‘owned’ by the central bank, so it cannot claim that they are assets. But the ability to create them is obviously hugely valuable – to the state and the society it represents. The best way to think about money created by the state is the production of a ‘liquidity service’. Liquidity is extremely valuable to a modern financial system and economy – and the government is monopoly provider of the purest liquidity. Base money creation should really be showing up on the central bank’s income statement as a sale of liquidity services. Every time a central bank buys bonds and creates reserves there should be an equivalent increase in its revenues, which given the zero cost of production, will translate into an equivalent increase in its profits, and an equivalent increase in its equity. Balance sheets will still balance, of course – accounting makes sure they do – but the convention will be a more accurate representation of the reality.

So the question that follows is: if the accounting standards authorities adopt my suggestion, will L. Randall Wray start doing radio interviews on debt-free money again – or does he still think base money is an IOU?

Now, L. Randall Wray is very smart, and he probably knows most of this, but he still doesn’t want to admit that money is not debt, so he has constructed a fantastic linguistic contortion – which is pure semantic confusion:

“Imagine a sovereign that issues “debt-free” coins. They look like normal coins, but when you take them back to the exchequer, your taxes are not paid. The exchequer does not recognize them as a debt—as a promise to redeem yourself in tax payment–but rather as a bit of base metal.
[…] Why would you want the debt-free coin? Only for its wealth-value (whatever that might be). It is not money.
As MMT says, “taxes drive money”. If you cannot use the sovereign’s token to pay your taxes, it is nothing but a piece of paper, hazelwood stick, or metal.
If you cannot redeem the token for your coat, or for the taxes you owe, why would you want it?
A “debt-free money” would not be evidence of a debt. What would it be?”

Now Derrida tells us to look in the footnotes. There aren’t any. Fortunately, there is something close enough – a hidden definition slipped in between dashes. ‘Debt’ has been defined by L Randall Wray as “a promise to redeem yourself in tax payment”. What?! That is NOT the definition of ‘liability’. The ability to pay taxes is a feature of money issued by sovereigns – a very important feature and part of how the government establishes its monopoly in the creation of money, but just because the government accepts money in payment for taxes (what else would they accept?) does not make the money they issue their ‘liability’.

If anyone has any doubt, it is worth considering Randall Wray’s example. Let’s say the government stopped accepting money in payment for taxes. I guess that would be a zero tax regime – an extreme version of low tax Hong Kong, where the government raises all its revenues from land sales, would money still be a ‘liability’ of the state, even applying Randall Wray’s linguistic gymnastics? Presumably not. There’s a separate issue, would money still have value and be used. Why not? Money’s value resides in a network externality, i.e. acceptance as payment by others – this property is not affected by zero tax. There is nothing about zero tax that says the state would no longer issue currency and require it to be accepted for payment in private sector transactions – it’s damn useful after all.

Now I should be clear, the role of taxation and state power in establishing a monopoly currency is a highly plausible hypothesis – but it does not in any way render money a ‘liability’.

Accounting is important, balance sheets should be studied, Minsky is very interesting (as is L. Randall Wray’s book), but money is not a liability of the state. 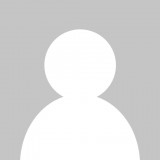