At the next Occupy Democracy General Assembly demonstration on the 24th January, alongside someone from the Positive Money Team I will be putting forward Monetary Reform (Democratising Money Creation/Full Reserve Banking) to be included in our Provisional List of Demands. This follows on from the workshop given by Positive Money’s Fran Boait which took place whilst being evicted en-masse from Parliament Sq. Here is her blog describing it.

Nations around the world are taking to the streets for a democratic upgrade. So are we. Occupy Democracy have been creating a list of demands since their first occupation in the square last October. The demands come under three headings: ‘People Before Profit’, ‘Environment Before Profit’, ‘Democracy Before Profit’. I find the list truly inspiring and would put my name to every point. This is not just because of any pre-disposed ideological standpoint but based on having attended workshops on each subject and heard all the questions, challenges and amendments. The demands are created using a consensus decision making process developed within the Occupy Movement since 2011. Closure of the General Assembly is usually concluded with the announcement of “This is what democracy looks like. Please join us.”

Occupy is founded on a 10 Point Initial Statement the preamble of which goes thus: “This initial statement was collectively agreed by over 500 people on the steps of St Paul’s on 16 October 2011. Like all forms of direct democracy, the statement will always be a work in progress and is used as a basis for further discussion and debate.”

I was part of some of this process. I slept out for the first couple of nights before succumbing to a nasty cold. (Sleeping out was certainly not obligatory). For a while after then I was part of the Occupy Democracy Working Group who meet in London each week. I have been attending Occupy Democracy since November.

I have also been a member of Positive Money pretty much since its inception. Systemic solutions are my thing. That is, tracing a problem to its cause and finding solutions there. For that reason I would really like to see Monetary Reform happen around the world. What if (and I do not speak for Occupy) through an interconnected Global Occupy Movement mutually supporting the International Movement for Monetary Reform (amongst other specialist campaigns networked together) we could pull nations to work together to take back the power to create the money required to fund existing solutions to many of the world’s problems? I see anything less than global solutions in a world of multi-national corporations and major global threats as partial, uncompleted work. I don’t see any reason to be less ambitious. Anyway, let’s see what people think on the 24th with regard to the national demands.

Please join us. Our decision making processes are vibrant, as are the actions you can choose to get involved with or not. We are provocative and highlight what the system lacks by exampling what it could be like. We are leading the way and setting the debate agenda.

On the streets is where it’s at. It’s where everyone does their business, if you know what I mean. For that reason Occupy is accessible. We use the visual ingredient of action to encourage mobilisation rather than just education. We are highbrow without being simply academic or top-down. We are creative and positive as opposed to simply reactive and we are just as much about what we are for, as what we are against.

Occupy has never been aimlessness but it might be good ironic PR if we were to take the old charge and own it. We certainly do have a target. Whilst hypocritically championing calls for real democracy in Hong-Kong, our targets are clearly aware of us as they have been going to extreme measure to keep us quiet. 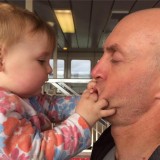