Banks create money out of thin air – we know it, you know it, but most people on the street still have no idea! They have even less understanding about how the current monetary system contributes to high levels of debt, unaffordable housing, inequality and environmental breakdown.

Our supporter conference in March 2014 focused on local organising. This triggered an incredible amount of energy from supporters to set up and sustain groups in their local area. Our supporter network is essential for getting new people involved, taking action locally and building the Positive Money campaign.

The Positive Money network has 30 groups up and down the country – from Aberdeen to Belfast, Cambridge to Devon. Over the course of this year local groups have been busy organising events, film screenings and talks, attending festivals, holding street stalls, connecting with other organisations, contacting Members of Parliament, writing to local newspapers, talking to local people and explaining the issues.

Looking for a New Year’s resolution? Why not join a Positive Money local group?

2015 is the time to take an active role in creating a money system that works for people and not against them. 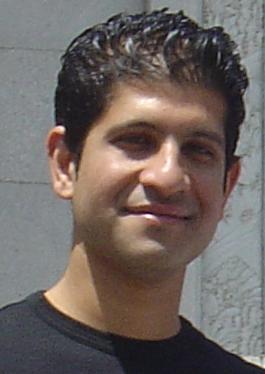 “My whole life I had vaguely associated having an interest in money with an unhealthy obsession with getting more and more of the stuff. It was only after the financial crisis in ’07 and ’08 that it dawned on me that the true story of our times is one that is unfolding in the financial markets and money systems that rule our lives. Many of the most important power structures in our society are more or less unexplained by the mainstream media, operating behind closed doors or under a thicket of complex terminology and obscure jargon.

So it was hugely empowering for me to get active and get involved with Positive Money. I started by following the website for a couple of years, but things really kicked off when I attended the conference in March 2014. Although my intention had been just to meet a few of the people involved with the organisation, I got caught up in the enthusiasm and joined a local group. From there I went on to jointly co-ordinating the group and now our monthly meetings are a highlight of the month for me. We have discussions on money creation and other aspects of money, banking, finance and economics. You don’t need to be an expert to join and we just concentrate on learning together, asking the basic questions and building our knowledge through discussion and reading.”

Is there a group in your local area? If not, we can help you set one up.

Over the past year, Positive Money supporter events have doubled. In the run-up to the election in May 2015, we are calling on our local groups to hold events and invite MPs and councillors along. It is by making the link between the monetary system and issues such as inequality, house prices and the environment that we can get our politicians to really engage with the Positive Money campaign and recognise its importance.

Saija Lukkaroinen, Coordinator of the Hackney local group, writes about the event they hosted in autumn: 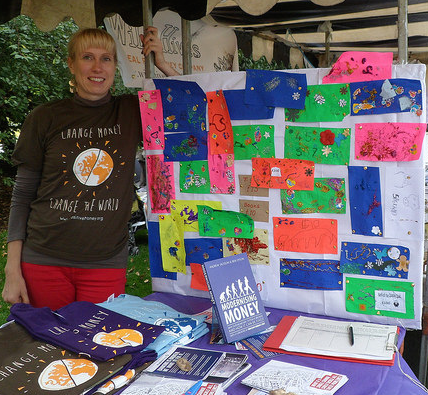 For Hackney’s Housing Event on the 19th October 2014, 120 people gathered at Chats Palace in Homerton to discuss the causes and consequences of the current housing crisis. The sold-out event was entitled The Hackney Housing Debate and it was hosted by the Positive Money Hackney Local Group.

The debate was attended by local residents as well as Hackney politicians. Diane Abbott, MP for Hackney North and Stoke Newington, spoke at the event and the councillor Philip Glanville, Hackney Cabinet Member for Housing, took part in a panel discussion. The Liberal Democrat electoral candidate Simon De Deney also attended and contributed to the debate.

The popularity of the event and the feedback from attendees clearly shows that housing is an issue people feel strongly about. Whilst it should be noted that there are many factors affecting housing, it seems more urgent than ever to stimulate further public discussion about the role played by private banks’ lending activity in pushing up house prices. If banks continue to be allowed to create new money through mortgage lending, they will continue to be incentivised to lend more and more – resulting in house prices remaining beyond the reach of more and more ordinary people.

Read more about the event here.

Julian Jones, Coordinator of the Bristol local group, writes about their successful event:

Being involved with both Friends of the Earth and Positive Money local groups in Bristol, I was keen that we put on an event that would raise the profile and understanding of key economic issues, and give the local MPs encouragement to research them and a chance to engage with their constituents.

We were a bit worried that it might be difficult to attract a crowd for an economics themed hustings, so we thought we’d combine the Positive Money topic with something else. Friends of the Earth also sees reform at the Treasury as key to a more positive future, and had separately identified TTIP, the Transatlantic Trade and Investment Partnership between the EU and US, as a key issue to campaign on. So we decided on TTIP and Financial Reform as the subject area.

In the end, the hall was filled with around 600 attendees, and many came to see a 1-hour film before the main debate, with others staying for a drinks reception afterwards.

We have a lot planned for 2015. In January alone we will be launching an online platform for our local groups, hosting a Positive Money quiz night in London and developing training and resources that will be released later in the year. If you are interested in any of these developments and would like to know more, emaildora@positivemoney.org for details.

We hope you had a wonderful Christmas and wish you a very happy New Year!