Being involved with both Friends of the Earth and Positive Money local groups in Bristol, I was keen that we put on an event that would raise the profile and understanding of key economic issues, and give the local MPs encouragement to research them and a chance to engage with their constituents.

We were a bit worried it might be difficult to attract a crowd for an economics themed hustings, so we thought we’d combine the Positive Money topic with something else. Friends of the Earth also see reform at the Treasury as key to a more positive future, and had separately identified TTIP, the Transatlantic Trade and Investment Partnership between the EU and US, as a key issue to campaign on. So we decided on TTIP and Financial Reform as the subject area.We decided to invite sitting MPs to the event, rather than candidates for the next election at this stage (6 months before the next elections), as we wanted to have maximum impact on the current government: before the backbench debate on Money Creation and Society, and because David Cameron and the coalition government are the biggest proponents of TTIP in Europe. So as to balance the main parties on the panel we decided to invite MPs from Bristol West, East and North West, representing Lib Dem, Labour and Conservative parties respectively. But we also wanted to include the Green Party, as they have the most progressive views on both issues. Molly Scott Cato, the newly elected green MEP for the South West region, is also an economics professor and lead spokesperson for the Green Party on these issues, so she was the obvious choice for a fourth party representative.We wanted to include subject experts on the panel, hence Fran Boait (Positive Money Executive Director) and Sam Lowe (Friends of the Earth TTIP campaigner). This was to make sure the issues are explained clearly and not too distorted by the politics and the parties in power at the moment.Tim, who has been doing a lot of work for Bristol Friends of the Earth for a few months now and is very well connected, launched himself enthusiastically into the practical organisation of the event. The date turned out to be a Saturday. I had initially envisaged a weekday evening, but the date was largely fixed by when all the politicians could come. It had to be fixed a couple of months in advance, which also gave us plenty of time to organise the other details.We initially invited media chairs with a higher public profile, as they could have brought more press coverage and followers with them. However none of our contacts could make it on the date organised. We should have asked them sooner, but working serially through our suggestions took some time. In the end, David Powell, lead campaigner on Economics and Resources at Friends of the Earth, did the honours and chaired very well, helped by his extensive background knowledge of the issues. In retrospect I feel this was the best choice, as a media chair would probably not have achieved the same coverage of the issues, and we were able to work with him in structuring the event.In the end, the hall was filled with around 600 attendees, many came to see a 1-hour film before the main debate, with others staying for a drinks reception afterwards. Here is a video of the panel debate and here event photos taken by the chair’s partner.

It’s important for an event of this type to structure the questions to cover the topics intended, so we invited questions in advance and decided the main headings ahead of the event. However we made a point of gathering questions on postcards in the event reception and via twitter hashtag #bristtip during the event. These were transcribed onto postcards and sorted with the others by a small team of Positive Money and Friends of the Earth members sitting on a table in the front corner, and passed to the chair for inclusion as possible. All the coherent questions were passed on, combining some duplicates, and although it was not possible to ask them all it seemed to work quite well.One of the main factors in achieving a good audience was the help of a well established Bristol Festival of Ideas, who featured the event on their website and newsletter.The other main factor in achieving good engagement was involving the local 38 Degrees group, who liaised with the national organisation. About half the number of people who responded online to the invitation did so through the 38 degrees website, although we did not get their email addresses. The other half registered on eventbrite, via links in the publicity. It’s hard to know how much overlap there was between these groups. It has to be said that most of the 38 Degrees emphasis was on TTIP, but Positive Money got a lot of interest from those who came to the event, with around 50 new Bristol contacts. Over 100 also joined the facebook event.

It was quite difficult to find a snappy title that captured the essence, but when writing the press release I hit on the headline “TTIP: Road to Riches or Threat to Democracy?”.Our main Bristol local paper is very short of editorial staff at the moment, as are many others. But they provide the opportunity to write your own article, which if it follows their guidelines is likely to be included at least in the online edition. So I did this, and the article appeared here. Our local Friends of the Earth group has a very good graphic designer who quickly produced an original logo for the event. I hoped this might be printed and picked up by some of the other press. Using Google after the event, it did get passed around a bit, but not quite as much as I’d have liked.We invited various local mainstream reporters including the BBC West political editor, but none turned up on the day as far as I know, certainly they did not come to our press room. We always find it quite difficult attracting mainstream press although our events are well attended – there is just so much going on in Bristol, so we find you have to do your own reporting as far as possible.Of course we promoted the event on Facebook and Twitter, through local group pages and twitter accounts. All the MPs retweeted event details immediately.

Originally we envisaged a venue holding 200, but Tim was keen to think big and followed up on the Great Hall in the University Wills Building which holds 600. This meant we also needed sponsorship for the event, and local renewable energy company Ecotricity were very helpful when approached by Tim. 38 Degrees were also generous in sponsoring the reception and filming, with Bristol Friends of the Earth covering the organisational costs.

As usual time was at a premium in organising this event, and not everything we’d have liked to do got done. Some of the key things we’d have done more given more time were:– Better blogs sooner– Phoning round the media – although we did phone the main players, we might have done better here I think.– Following up with the political parties, to make sure they had stalls organised on the topics. Although all parties were invited to do this, only the Green Party really seized the opportunity, and found it very useful.– Engaging the university societies – unfortunately this was also too little, too late.– Trying out the video and live streaming sooner before the event – in the end the video was uploaded shortly afterwards, but as it was a Saturday event this was soon enough to catch the Monday morning reaction.Further informationYou are welcome to contact me, Julian, julian.p.jones@gmail.com 07809 122474 or Tim, tim@bristolfoe.org.uk 07894 125427 to discuss more details if you want to organise a similar event. 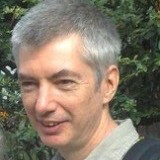