“Well, who else is going to do it, if it’s not the banks?”, asks the man, in response to a suggestion that the power to create money might not be an appropriate function of a private, profit-making corporation. Well, a public, democratically-accountable institution might be a good place to start, I suggest. “But that’s what the Bank of England’s for isn’t it? Where the money’s printed.”

At this point I realise I didn’t explain myself properly the first time. A couple of more wisely-chosen sentences later, and an expression of vague horror passes across the man’s face. Excellent – this is the reaction I was going for in the first place.

Glastonbury, a place where real life problems are to be forgotten or ignored, doesn’t seem to have an atmosphere conducive to explaining the ills of a debt-based currency and an endogenous money supply. I’m surprised though; during a weekend of collecting email addresses, I come across just a handful of frowns and averted eyes – escapism has stimulated openness.

In fact, the problem with which I’m faced is having to tactfully withdraw; quick chats have turned into full-blown debates – time is passing and I don’t have many email addresses yet. The other Positive Money volunteers tease my pitiful signup rate without mercy. Well, I have other talents, such as the ability to mix Araldite really, really well.

As a tool for drawing people in, we decided to indulge in some creative destruction, of the monetary kind. No, we’re not burning it – I thought about this, and was inspired by Dadara’s ‘Transformoney Tree’ at Burning Man, but unfortunately we don’t have the equivalent of a $1 note here in the UK. Instead, we opted to ‘destroy’ UK coins, by gluing them (with the aforementioned Araldite) to a solid canvas.

Our point? We might have the power to destroy money, but we can’t create it – conversely, the commercial banks do have that power, and we don’t believe they should. It seemed to go down pretty well (a healthy number of £1 coins were donated) and, crucially, offset my inability to attract large numbers of new Positive Money supporters.

Are you going to a festival this summer? Well, you may be surprised how receptive people are to learning about ‘serious issues’. So, take some flyers, a book and some facts, and recruit some new supporters for Positive Money. 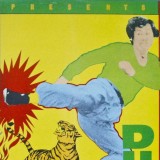 Trying to futurise the grid with www.ExergyDevices.co.uk and revolutionise energy supply with www.EnergyBank.eu. Want to practice paganism but don't have the time.