Six years have passed since the financial crash of 2008.

Since then there has been a parade of books explaining how it happened. We’ve been told stories of banks becoming too big, of mortgages being extended to people who couldn’t afford it, of all that money saved by the Chinese and lent to the west so we could keep buying what they made.

The underlying thread to most of these stories is debt. There was simply too much debt held by households, banks, and countries. When the bubble burst, and creditors wanted their money back, everyone had to stop spending and start paying back, in other words, the world went into recession.

But something that’s missing in all of this is why there was so much debt. Household debt in the UK, as a percentage of GDP, at 106%, was over three times greater in 2010, than it was in 1980, when it stood at 36%. How is that possible? Surely the Chinese weren’t saving that much money to be lent to westerners?

[sws_pullquote_right] The fact that banks create money out of debt is an unacknowledged truth at the centre of why our economy is broken. [/sws_pullquote_right] The answer is hard not to dismiss as conspiracy, but is succintly summarised by Martin Wolf, Chief Economics Commentator of the Financial Times, and Mervyn King, the ex-governor of the Bank of England.

Essentially the argument is this: The reason there was so much debt in the economy, is because private banks create money, out of thin air, as debt.

When you ask the bank for a loan of say £1000, if they think you’re good for paying it back, they’ll simply type the extra digits, on a computer, into your account. That’s a whole new £1000 floating around in the economy, as debt. They didn’t allocate already existing money to you, nor did they consult how much money they held on their accounts. In fact they didn’t even look at the regulations on how much money they had to keep in reserve in order to lend more out.

97% of the money that is spent in this country, is created this way. The other 3% of money comes in the form of bank notes and coins. In other words, 97% of money is debt. When a young couple applies for a mortgage to buy a house, the bank simply types in the cost of the house into the couple’s bank accounts. The seller of the house then spends that money on other things, and off it goes circulating around the economy, buying cars, coffees, and computers and providing wages for workers, and profits for shareholders.

Now, this isn’t as anarchic as it first seems. For one thing, they can’t create money for themselves. They can only create ‘promises to pay’. It’s like me writing you a letter saying I promise to give you £1000, which you then swap with other people instead of swapping cash. This is what happenes everyday when you use electronic money. This also means they can only create money when extending credit to someone – by granting a mortage, loan or overdraft.

This is where it gets a little complicated. For the bank to stay in business, they have to show on their balance sheet that their assets are greater than their liabilities (liabilities are what they owe to others). If I owed all my mates £1000, but the value of everything I owned was only £990, then I wouldn’t be able to honour my debts if I sold everything: this is what being insolvent means. If a bank’s balance sheet reflects the same situation, they get closed down by the authorities.

The key here is that when the bank issued that mortgage to our young couple, of say, £100,000, that figure was placed both on the assets side and the liabilities side.

The loan is an asset to the bank because the couple’s promise to eventually pay back £100,000 plus a lot of interest generates income for the bank, and can even be sold on to another bank. At the same time the loan is a liability, because as soon as the bank typed in the figure into the couple’s account, the bank owed them the money (the couple could walk into a branch and demand £100,000 in cash). Therefore extending credit doesn’t make any difference to relative size of the bank’s assets to their liabilities. What does make a difference, is when it looks like the couple won’t be able to meet the payments on that loan.

If the bank tried to sell that mortgage to a pension fund, they’d get less than the £100,000 they owe, or have already given, to the couple. When that happens on a grand scale the bank’s assets are valued at less than their liabilities, they become insolvent, and whoops, you’ve got a global financial crisis. Phew!

And why does this matter to us? For a lot of reasons, but I’ll mention just two.

First, for every pound of money banks create there is a pound of debt. If 97% of money in the UK is debt, then when we start paying back our debts, what we’re actually doing is reducing the money supply. If everyone in Britain was debt-free there wouldn’t be enough money to go around to pay for products, services and jobs. In effect, we’re trapped between massive debt and recession.

Secondly, remember that someone has to pay the interest on that debt, and someone else receives that payment. The richest people in our country are not in debt, but own debt. They own our mortgages, or our countries’ bonds, or shares in our banks that give us overdrafts, and they sit back and let the interest payments trickle up into their accounts. To put it another way, we are effectively renting money.

But alas, none of this is inevitable. In fact, if you go back in history, you’ll see a very similar story that was solved by a simple change in the law. At the beginning of the 19th Century banks used to print their own banknotes, which were receipts for how many coins you had stored in the bank. The banks ended up printing far too many banknotes which caused a boom and bust. So in 1844 the state made it illegal for anyone other than the Bank of England to print banknotes (or cash). The act was seen as one of the key acts of legislation that led to confidence in Sterling to become the reserve currency of the world.

What the act could never have envisioned was the replacement of cash by electronic payments. Today those electronic payments are the 97% of the money supply we’ve been looking at. What we need today is for the state to do the same as it did 170 years ago – take back the controls of the money supply, so we can have a functioning economy that’s built on debt-free money.

This article draws on two books: New Economics Foundation’s Where Does Money Come From, and Ben Dyson and Andrew Jackson’s Modernising Money. It was originally published on Despite Capitalism. 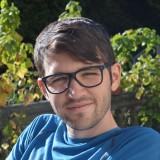