We are being ripped off big time!

Do you know how our money is created? Most people don’t. This may seem a rather dry subject; but it is extremely important that we, the public, understand it. Really it isn’t complicated.

97% of our money is created by commercial banks when they make loans, i.e. interest bearing debt, not by the Bank of England or the Mint. Only 3% is created in the form of notes and coins. Thus the profits of creating money go to the commercial banks rather than the public coffers.

Over the last 40 years the commercial banks have increased the money supply at an average of 11.5% a year. And that was obviously too much too quickly. So if the increase in the money supply were say 5% a year, about £60bn a year could go to the government and reduce our taxes by that amount.

The current way of creating money gives the big banks enormous power. And we have learned recently how unwise that is. It means that the commercial banks, not our government, control one of the key levers of our economy. So it is one of the ways we let big banks subvert democracy. And to add insult to injury, when the banks crash we bail them out with our, taxpayers’, money.

The way money is created is at the root of the environmental and economic crisis.

Secondly, this way of creating money increases the cost of everything and fuels the nation’s escalating debt. It adds to the cost of investment in schools, hospitals and infrastructure. It inflates house prices, making them unaffordable for many hard working people and the young. Speculation in commodities, like food, further drives up prices, when there are already growing shortages resulting from climate change, the greed of big companies and waste. Reckless speculation by banks contributes to boom and bust in financial markets. That leads to enormous instability and regular financial crises. Huge short term profits and excessively high salaries result in a brain drain into banking and financial services. Our economy has become unbalanced: too few people making things; over-dependence on the financial sector. And this economic system increasingly transfers wealth from those who create it to a tiny super-rich minority.

People’s pensions and savings have suffered because the banks have doubled the money supply in the last decade alone and have used too much of this money to speculate on property and other financial products rather than investing in real long-term wealth creation. The big banks are up to their necks in financing some of the most socially, environmentally dirty projects on the planet.

We are encouraged to worship great god growth (GDP) rather than the creation of wellbeing.

Meanwhile millions of people suffer unemployment and needless austerity through so-called “Neo-Liberal” policies which have never worked.  And political leaders continue to obstruct much needed reforms to our deeply flawed democracy. No wonder increasing numbers decide not to vote. In the 1950s 80% went out to vote; now only 41% say they are certain to vote (Hansard Society). On top of that, the media provide a torrent of depressing news stories but are silent on the possibility of radical monetary reform. This has to be changed.

It does not have to be this way.

These problems are not unique to UK. They apply to Europe, USA, indeed all countries. There is a growing realisation that fresh ideas are needed if these crises are to be avoided; similar reforms are proposed all over the world. It’s a strange kind of economic system that over consumes natural resources, yet leaves millions without jobs, whilst poverty grows. A Green New Deal would address both issues, putting people back to work fixing the energy and resource inefficiency of our homes, businesses and infrastructure and providing renewable energy.

Under proposed monetary reforms, commercial banks would be prohibited from creating money. That would be the sole responsibility of national reserve banks: to provide the money supply required for national objectives, decided by democratically elected government. Meanwhile, commercial banks would continue to fulfil their proper role of providing both the traditional bank services that individuals and businesses require and investment services. Germany seems to offer the best model here with national, regional and local banks with a mandate to serve SMEs (small and medium-sized enterprises).

Until that is done recurrent crises and mounting debt will continue. Vested interests will resist; political parties are dependent on the largesse of banks. Of course Governments will certainly not want to damage economies currently highly dependent on the financial sector. So a carefully managed transition towards a more balanced economy is needed.

Ordinary people, so-called, know that something is wrong; it’s up to us to inform ourselves and demand radical reform. Otherwise governments will continue with fixes that won’t work rather than the radical change that is needed. 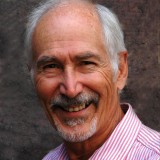 Bruce Nixon is author of A Better World is Possible, Ordinary person’s handbook book on how to solve the environmental and economic crisis - www.brucenixon.com/betterworld.html