John Logsdon is a physicist, engineer, statistician – and staff writer on TheMoneyPrinciple.co.uk.  This article is developed from a number of posts that have appeared on The Money Principle since mid October 2011, including valuable comments from Positive Money members.  The ideas are offered for discussion.

My platform is pragmatic; we have to deal with the world as it is. The problems we face have largely been created by the banks but I do not tar them all with the same brush.  The vast majority of bankers are honest, hardworking; some are very talented.

Relatively few greedy senior level individuals, generally not so clever, are guilty of carelessness or worse. But they highlighted a weakness in the financial system which needs fixing.  We are walking a tightrope from which we may yet fall.

I have some assumptions and conditions:

Money is somewhere to store labour; debt is where we store expectations of future labour. Problems arise when the expectations are not realistic or realised and are exacerbated by high interest charges.

Because money is always being destroyed, wasted, lost, it needs to be created continuously. There is an entropic trend towards disorder if nothing is done and we risk going back to live in caves.  Debt can be good – it represents hope for the future. Investment is a polite word for debt with planning.  The mechanism for creating money is demand-driven lending.

Lending pre-crash only required 3% capitalisation, the rest was created.   On this basis, the yield to the banks was enormous.  For a benign pre-crash 20 year 6% mortgage, the bank yield was over 286% pa; the 3% was repaid in the first few months and further payments were pure profit.  There are more examples of the benefit to banks on TheMoneyPrinciple.  No other institution – even governments – can do this.  Why else do you think so many mutuals bribed members to convert into banks?

Basel 3 and Vickers propose substantial increases in bank capitalisation. I believe that the Vickers’ proposals are too draconian; firewalls will be circumvented, British banks put at a severe disadvantage at a European level, we cannot control foreign banks and the 20% capitalisation requirement will prolong the time it takes for recovery to full economic health.  You cannot put the genie back in the bottle but never the less HMG says it will implement the proposals ‘in full’.  Sad but true.

I propose a New Money Tax levied by the central bank on created money, paid to the Bank of England to recognise the lending banks’ privileged positions. The rate may be flat, sector-specific and/or depend on the lending bank leverage.

NMT would be applicable to all lending in sterling by any bank wherever based and so impossible to avoid; banks must report their figures to the BoE regularly. It would be a real licence to print money and a rate of 100% would be exactly what Positive Money is suggesting if the BoE continues with Quantitative Easing.  So it is a gradual way of introducing these reforms.

Banks would pass these costs on so I suggest a second tax be instituted simultaneously. A tiny part of interest represents the risk of default.  Yet business failure through excessive interest leads to loss of economic activity, tax revenues and unemployment; consumers paying soaring interest are not able to spend elsewhere. High interest is therefore not only an unrepresentative tax but also a risk to society which bears the cost of default.

I propose an Excess Interest Tax paid to the Exchequer as the taxpayer picks up the cost of failure. Given the yield banks enjoy, interest over, say, 5% above the current base rate should be subject to a substantial and increasing tax so that at some level, all the excess is paid to the government.  This tax would apply to any loan written in sterling so would also be difficult to avoid.

The 5% threshold would exclude mortgages and other low-risk lending. I suggest a tax of 50% of the excess interest between 5 and 20%, after which the tax should be 100%.  A credit card charging 30%pa will therefore pay 17.5%pa of the loan to HMG. The maximum interest the bank could earn is 12.5% over base.  The discipline should lower interest rates and promote economic activity.

Banks do not in general make individual risk-based assessments. They charge what they can. Consumer lending exploded while businesses were starverd of funds because it is much more profitable; people are prepared to use credit cards to fund the next holiday at 15% or more.  EIT may therefore lead banks to view business lending less unfavourably.

In TheMoneyPrinciple I supported a Financial Transactions Tax to quench market volatility.  We have seen the damage done to producers, particularly of foodstuff.  But this tax would be complex to administer and easy to avoid unless global so I put it to one side.  We will see how France gets on.

I have another suggestion building on Douglas Carswell’s Custodial Accounts proposals. While it is an excellent idea, if all money moved to CA accounts, there would be no money to lend.

Not everyone is so risk averse. I therefore suggest that Yield Sharing Funds be enabled where depositors permit the bank to use their money to lend, and consequently share the yield. It would encourage people to save, be of particular benefit to pensioners on squeezed incomes and the young wanting to save for their future.

It would need careful monitoring by the Inland Revenue to avoid revolving doors, taxable and only available to UK taxpayers. Depositors will not be able to indulge in bank-level off-shore tax avoidance so there will be substantial gains to the exchequer.

Neither Yield Sharing Funds nor Custodial Accounts would require taxpayer guarantee.  Conventional accounts could remain with a capped guarantee and instant access.

Governments are imposing massive austerities worldwide which affect billions of innocent people.  The justification for the cuts in the UK is to retain its AAA credit rating, which is important given the size of our bank-driven public debt.  By adopting these proposals, substantial revenues from lending could replace most of the cuts.  I believe that the market would view them favourably as they would enable faster recovery towards a full productive economy.

While board-room pay and bonuses can be convenient whipping boys for the press and politicians, it is dangerous to legislate on such things for a specific industry.  I don’t in principle object to high pay in genuinely private organisations where it is merited, nor to bonuses for exceptional performance. The idea of automatic bonuses just for doing your (well paid) job, however, is obscene.

But banks have unique, privileged and very powerful positions. We therefore need reform of banking governance. I endorse Steve Baker’s proposals and go further.  Where a bank puts the nation’s finances at peril, this is an economic crime, tantamount to treason.  Actions by a few banks have doubled our national debt and it will take years to recover. They have undermined the City and I can think of few things short of total war or global disease that could be as damaging.

I therefore suggest draconian penalties for boards and senior executives who flout the rules and lead to bank failures or the need for the taxpayer to intervene. This includes the ability to declare contracts and agreements on salaries, bonuses and pensions null and void – even retrospectively – as well as custodial sentences.

We are at a cross roads. Even the IMF has warned about excessive cuts and while recognising the need to regain control of the public debt, this will be impossible if cutting promotes further recession.

These proposals are not the same as those in the Positive Money manifesto but I put them forward for discussion as not only as a path towards them but as potentially effective mechanisms that do not evict what is, apart from a few miscreants, a highly successful UK industry. 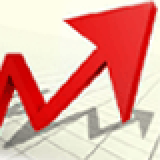