Something is happening in the world economy that has not happened before within historical memory. It concerns the future of nation states of the world – all of them.

It concerns a way in which state activity is essential to capitalism.

You won’t hear this from orthodox economists and commentators for they do not take account of the way that money creation distorts the operation of the “free” economy. And they do not appreciate why the creation of vast amounts of new money is necessary to the functioning of capitalism under the current economic model. This is primarily because the classical economic theory which, in spite of undergoing development in the twentieth century, remains largely intact with its fundamental flaws preserved. And the most basic flaw in orthodoxy economic theory is that it refuses to see the economy as a dynamic changing system. It attempts to understand what is happening as if the whole economy were static and subject to simple mathematical equations.

The key to constructing a dynamic realistic economic model is to understand the working of money creation, debt and interest payments and how these interact with the real economy. The money supply is the amount of money there is in the economy at any one time. The way this is measured is open to question but it includes not just notes and coins but all money deposited in bank accounts and all debts owed to banks. The money deposited is only a small fraction of the debts owed to the bank due to the “fractional reserve” system.

When a debt is paid off, it is destroyed but the aggregate amount of debt in the world, and in pretty well all industrialized countries, is increasing.

Ellen Brown writes “According to Margrit Kennedy, a German researcher who has studied this issue extensively, interest now composes 40% of the cost of everything we buy. We don’t see it on the sales slips, but interest is exacted at every stage of production.”

Debt upon debt is piling up. The constant creation of new debt is just one of the dynamic forces in the economy.

But what is now changing the world economy is not private debt. It is not even the corporate debt of companies. What is now at issue is the debt of countries – sovereign debt. This is currently most visible in the unfolding car crash that is the euro crisis. Each week it seems a new country is added to the list of Eurozone countries that cannot pay their debts. As we know this started in Greece, which we were constantly told was a pipsqueak of an economy on the European stage. It then moved on the Spain, Italy, and the other “PIIGS” then to France and horror of horrors, even the solid-as-a-rock economy of Germany may now be broke.

Meanwhile, that the USA is insolvent is old news and, as for the UK, there are few left who really believe that at the end of the Coalition’s term of office the national debt will be reduced by a single pound. In fact there is little doubt that in spite of all the misery and strife that the austerity measures are creating we will be more in debt at that time.

There are two orthodox economic responses to this. The Keynesians who say we should borrow yet more money from the banks to stimulate government spending and the Neo Liberals who say it is all the fault of big government. The Neo Liberal view holds sway in the Kingdom as everything is cut and the profligacy of New Labour blamed for our problems.

Apart from this, we are told that there is absolutely nothing fundamentally wrong with the way we run the economy. Just keep taking the medicine, tweak the regulations a bit, wrap the knuckles of those greedy bankers and after that just carry on as usual. In this it is pretty sure that anyone from the badly paid unskilled classes right up to upper middle professional and managerial classes will lose heavily, but, that’s too bad, the laws of economics cannot be changed.

What this analysis leaves out is any critique of the way in which money is created. Let’s continue this from the point of view of the state borrowing, for this is where the current crisis of capitalism is being played out. At present when the state needs money it goes to the “markets” to raise the money. That is, it borrows the money from “private” sources. States then find that a year later they still cannot balance the books and so like any debt-junkie they borrow more and so it goes on in a vicious spiral. Finally the debt is so large that it becomes impossible for the state to ever repay the “creditors”. It can no longer even pay the interest on its debts. That is where we are for some states and the others are getting there.

This is the system has operated for the most part of the twentieth century. But we have now reached an impasse because the nations can no longer service their debts to private banks. And the banks are refusing to lend more. The usual reason given for the bank’s refusal is that they are worried they won’t get paid back.

The real reason is that they are worried that they won’t get bailed out. Banks in France and Germany happily snapped up Greek debt a few years ago not because they believed that Greece would repay the debt – they aren’t that stupid. They did so in the knowledge (so they thought) that they would be bailed out when, repeat when, the Greek debt when belly-up. What has changed the game now is that governments are saying they won’t do the bail out – at least not in full like they did in 2008. They won’t because they can’t.

The reality is that there is no fix within the orthodox economic model. This is why this piece is titled as it is. Capitalism cannot survive in its current form where the private speculative banks create the money and governments borrow it to balance their books. We have to move to the new economic model whereby it is the government (the state) that creates the money. This new money will be interest free and so will avoid the accumulation of massive amounts of debt in the economy.

Thirty years ago debt was an issue with private citizens. Then it moved to companies and many firms went bust as a result. Then debt problems shifted to the rock solid banks who, in spite of their massively privileged position of being able to create money, were overtaken by unimaginable venality and themselves went bust – only to be saved by governments. In the last transfer of debt, it has now gone to governments.

But there is a big problem. There is nowhere else to pass the parcel. Governments are left holding debts that they can never ever repay.

This story has a further horrifying sequel. Meanwhile a lot of the cash that was created in the times of boom and booming debt is still out there and so the power again returns to the banks who can use this money to play the debt markets. They are right now pursuing a strategy of (1) targeting countries, then (2) shorting the pants off them with heavy speculation (3) watching their currencies fail and then (4) profiting from the distress. Having wrecked the already struggling economies of weak countries they will then turn on the stronger ones. As Bengt Saelensminde, writing in the investment magazine Money Week, pointed out recently Britain’s time will come. Against the power of those controlling trillions of dollars we will have no defence.

This is the endgame of the current model of capitalism. If we do not change it, those who control the global walls of money will ruin us all as they accumulate more and more wealth turning from nation to nation in a worldwide turkey shoot. They will reduce all but the superrich (and maybe the Chinese, who wisely have a different model) to impoverishment and debt slavery.

These are turbulent times. No less than the balance of power between the superrich and the rest of us is at stake. 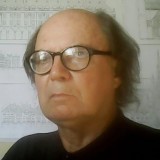