Some campaigns are easier sells than others.

The easiest of them all has got to be animal shelters – “kittens in distress? Where do I sign?”

And at the opposite end of the spectrum, you’ve got the campaign to end fractional reserve banking.

So spare a thought for the good folks at Positive Money.

They’ve launched a campaign to end SOMETHING THAT MOST PEOPLE HAVE NEVER HEARD OF, fewer still understand, and even those who understand it don’t believe it.

I know. I tried to explain fractional reserve banking to my wife, and her reaction was “that can’t possibly be true.”

Most of us have a certain concept of banking in mind, that people put their savings into them and the banks then lend that money out to others. It’s how we understand it as children and because it sounds like common sense, it sticks with us. But that’s not how banks work.

In fact, banks don’t lend out savings. The money is, quite literally, written into being out of nothing. Banks don’t so much lend money as create money. Because the bank doesn’t deliver your loan as a big box of bank notes, but a series of digits in a spreadsheet, it’s actually very easy to do. The right to create money without the deposits to back them up is fractional reserve banking. It’s easy to see why people don’t always believe it when it’s first explained, so here’s someone else saying it:

“The money for a bank loan does not exist until we, the customers, apply for credit” says Ann Pettifor. “Reserves are created to support lending.”

You can probably see the problems with this already – after all, there are good reasons why it’s illegal to print your own banknotes. Nevertheless, banks created £266 billion in 2007. That was far more than was sensible, so in 2008 they created less than half that – and that’s why there was a ‘credit crunch’. Money was easy to borrow and then it wasn’t, and we’d all come to depend on easy credit.

That’s just the beginning of it. Consider for example, that you pay back your mortgage with interest. If that money belonged to someone, it would be fair that they were compensated for making it available to you. But since it was just made up, that’s all profit to the bank – the right to create money is a remarkable privilege. Now consider that you, through your taxes, propped up the banks when they abused this privilege. Time to end fractional reserve banking?

Fractional reserve banking is a crazy foundation to build an economy on.

It guarantees ballooning debt and instability.

It means money is infinitely available to those who already have lots of it, and hard to come by for those who need it most. It rewards risk taking and dis-incentivises caution. Because most of this invented money goes into property, it is the main driver behind the inexorably rising house prices that is slowly dividing society back into landed and landless classes. Unreformed despite its catastrophic failures in the last couple of years, it will let us down again.

There is no one solution to fractional reserve banking, but there are a whole bunch of measures we should take. We could start by separating investment banks from their high street services. We can create alternative currencies. The right to create money could be broadened, with more smaller or local banks, credit unions and business groups, or local government. Ultimately, if the banks can create money, so can you or I. It would take a whole post to explain why this isn’t a ridiculous suggestion, but genuinely – one day we this will be possible, and it will be so common sense that children will understand it. (See my review of Thomas Greco’s book The End of Money for a start).

In the meantime, check out the Positive Money website for lots more on fractional reserve banking, explained a little better than here. Sign up for their newsletter, and support a campaign that has a mammoth task ahead and no fluffy kittens to help them out.

Then again, since most people don’t know what fractional reserve banking is, perhaps it’s worth a try? 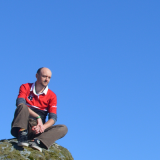