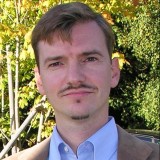 Dr. Mark Joób is Honorary Professor at the West Hungarian University, Faculty of Economics and Researcher at the Institute for Business Ethics, University of St. Gallen, Switzerland. He is member of the managing committee of the Swiss Association for Monetary Modernization (MoMo).

18 June, 2014
Cash is disappearing. It is being replaced by electronic money which is just numbers in computers and other electronic devices. The joke is that electronic money is not legal tender. The law has been left behind by technology and up to now the politicians have omitted to extend the government’s monopoly of money to electronic [...]

31 July, 2013
How is the present monetary system affecting the economy and society, and why is it failing? I will summarize the problematic aspects of our current monetary system in ten points. Each of these points constitutes a good reason for monetary reform. 1. Money is created as debt Today, money comes into existence by debt creation [...]


Real Money instead of Empty Promises

4 June, 2013
[first]Banks should finally provide what we expect from them: the protection of our money.[/first] Cyprus in 2013 and Iceland in 2008 are just the two latest in a long series of bank crises which led to at least partial losses of customers deposits. Since the bankruptcy of Lehman Brothers had a global domino effect, we [...]