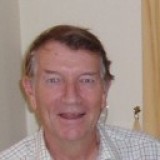 After many years teaching Economics to Building and Surveying students at UCE - University of Central England (now Birmingham City Univ.), Conall has now 'retired' to South Wales. He keeps up his interest in Basic Income, the Housing Market, Land Value Taxation and Money Creation.
His main activity in 'retirement' was researching 'Who gets the prize: the case for random distribution in non-market allocation' at the Economics Department, Swansea University.
(More info: http://www.conallboyle.com/)

25 September, 2015
Positive Money (PM) is not impressed by the Chancellors' attempts to impose some kind of payback on the banks for the damage they have caused to the Economy since 2008. "In fact, bar a one-off punitive tax on bankers’ bonuses and a bank levy, little has changed" says a PM report 'Banking vs Democracy [...]