The sustenance of economic systems often relies on delicately balancing two perilous extremities. When looking at inequality, for instance, one finds that the lack of it will lead to an economy’s atrophy, while its excess may lead to unsustainable tensions. Since the end of the most recent financial crisis, developed countries have been inclined towards the latter scenario.

Despite inequality’s rise, economists have generally ignored this topic in studies conducted during the second half of the twentieth-century. As Bauman explains in his book Collateral Damage, inequality has repeatedly been “relegated to the status of ‘collaterality’”. Indeed, it is often considered a marginal side effect of achieving the more important ends, which monopolize economists’ mental bandwidth. Amongst these, economic growth has dominated to the extent that, according to Kuznets’s theory, income inequality was expected to decrease as a country reached its later stages of development where “growth is a rising tide that lifts all boats”.

Economists have faithfully upheld the view that efficiency and equality are mutually exclusive. Therefore, attempting to resolve inequality through redistributive policies would require sacrificing the efficient outcome generated by the market, while also altering individuals’ future incentives.

However, in the past few decades, Kuznets’s predictions have failed to materialize. The trade-off between equality and efficiency has been deemed less straightforward. Empirical research has demonstrated that high levels of inequality may in fact cripple efficiency and, more decisively, economic growth. More recently, inequality has been rounded up in the lengthy line-up of factors accused of provoking the Global Financial Crisis (see Blyth or Rajan).

Inequality has returned under economists’ spotlight with a bang.

In the UK, for example, the wealthiest five percent own forty percent of the overall financial wealth of households in the country. Middle-income households are in fact less able to afford sophisticated financial services and are relatively more fearful of financial market risk. Therefore, on average, they are less likely to hold financial assets and more likely to hold interest-bearing savings, which lost out as central banks cut interest rates. Meanwhile, low-income households have an infinitesimally small or non-existent financial asset ownership rate, with the caveat that they are indirectly exposed to these assets through pensions, which, on average, remained unchanged (or occasionally perished).

Therefore, other things being equal, as QE increases financial asset prices, it improves the stance of the wealthiest relative to the rest. In the UK’s case, for instance, the BoE crudely estimates that QE’s impact on financial asset prices led to an average increase of wealth of £10,000 per household (when assuming a homogenous ownership rate of financial assets across households). Meanwhile, according to a paper by Green and Lavery, when taking into account the disparities in ownership rates existing between households, the wealthiest ten percent of households may have gained between £128,000 and £322,000, contrary to the majority who compensated for this disproportionate rise by gaining far less than the £10,000 average.

In Piketty’s magnum opus Capital in the Twenty-First Century, a grand theory on the principal cause of inequality is derived by looking at the difference between the rate of return of capital “r” and economic growth “g”. Piketty shows that the ownership of capital, which is used interchangeably with the concept of wealth, is more concentrated amongst the richest cohorts of society than the distribution of labour incomes.

Consequently, Piketty argues that when “r > g”, there will be an increase in inequality as the capital owned by wealthy households grows at a faster pace than labour incomes, which depend on economic growth. Piketty’s central finding is that the rate of return on capital, on average, has surpassed the rate of growth in the past decades, thus contributing to the sustained increases in wealth inequality experienced in most developed countries.

Ultimately, when looking at QE through Piketty’s lenses, establishing whether this policy increased or decreased inequality largely depends on whether its benefits spread beyond financial markets to reach the rest of the economy, on which a wider range of households rely.

However, low and middle-income households obtain a larger percentage of their income from wages relative to financial and business income. Additionally, poorer households are more susceptible to business cycles – meaning they are far more likely to become unemployed during a downturn than wealthier households are. Inversely, as unemployment falls thanks to a stimulus, these same households will, on average, face a faster level of wage growth. Therefore, if QE revitalized the wider economy by decreasing unemployment and by raising wages, it may have had equalizing effects, as these two variables determine a large fraction of the welfare of poor and middle-income households, when compared to wealthier ones.

Nonetheless, recoveries in the US, EU and UK have largely been characterized by delayed rises in employment levels, by slow reinstatements of the pre-crisis output growth trends and by stagnant real wages (See Koo). Overall, QE’s effectiveness has been less pronounced and certain in terms of real economy indicators than in the domain of financial asset prices.

Although QE cannot be held accountable for single-handedly spurring this divergence, in the UK, for instance, the real output of the financial services industry relative to the real output of the construction and manufacturing industries, as well as the performance of overall GDP, have visibly differed following the crisis.

Backing the interpretation that QE played a role in this divergence, Watkins contentiously states that QE “represents the triumph of pecuniary values over service, financial interests over industrial interests and asset holders over income earners”. Similarly, yet from a moderate stance, a group of 19 renowned economists notably published a letter on the Financial Times asking the ECB to recognize that QE had been “an unreliable tool for boosting GDP or unemployment”, and hence had to be substituted with a new expansionary approach devised to “bypass the financial system”.

As Irwin explains, the divergence appearing between the superior performance of financial markets and the relative feebleness of the rest of the economy originates from a “paradox” at the core of central banks’ foundation: the mandates focus on real economy indicators, whereas their transmission channels largely rely on financial markets. QE furthered its expansionary aims indirectly by operating through financial markets, and more specifically, most of its channels revolved around increasing financial asset prices. Nonetheless, trickle-down economics, which is the idea that enriching the wealthy eventually generates benefits for the whole of society, faced a renewed setback.

Financial markets and their wealthy participants in fact largely retained the benefits accrued from QE, as the decisive expansion in central banks’ balance sheets failed to revive the wider economy, yet succeeded in increasing financial asset prices. In turn, when looking at QE from Piketty’s perspective, as QE fostered financial capital returns and failed to bolster economic growth, it enhanced the pre-existing divergence between “r” and “g”, and hence increased inequality.

Within many developed economies, increasing levels of inequality have opened a number of fault lines threatening the sustenance of economic growth, social cohesion and democracy. The extent to which QE caused inequality is difficult to ascertain, as the outcomes of the empirical literature attempting to measure QE’s impacts remain diverse and uncertain. Nonetheless, QE’s design shaped the direction of its effects on inequality. In turn, if further expansionary policies are needed, central bankers should counter this paradox by re-designing or substituting QE with mechanisms reflecting a greater awareness of the distributional consequences of their choices. 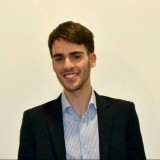 Giulio A. Bianchi obtained a Master of Arts with Honours in Economics and Politics from the University of Edinburgh. In 2015, he interned for the Bank of England's Monetary Analysis division. His dissertation on the relationship between Quantitative Easing and Inequality after the Financial Crisis won the Russel Keat Prize. You can find the published version here